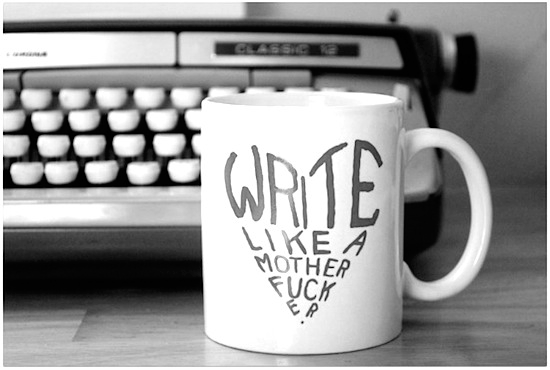 How many of us associate big, monumental birthdays with nervous breakdowns?  In her exquistely raw advice column Dear Sugar, Cheryl Strayed attempts to console 26 year old Elissa Bassist, a disheartened aspiring writer who wonders how she can “reach the page” when she can barely “lift her face off the bed.”  Like many of us, Bassist imagined she’d be “farther” at this point of her life.  Strayed’s response reminds me of the horrible disappointments we encounter as we get older and realize- to our astonishment-that we’ve yet to accomplish half of what we’ve set out to:

“That I hadn’t written the book by the time I was 29 was a sad shock to me.  Of myself, I’d expected greater things.  I was a bit like you then, Elissa Bassist.  Without a book, but not entirely without literary acclaim.  I’d won a few grants and awards, published a couple of stories and essays.  These minor successes stoked the grandiose ideas I had about what I would achieve and by what age I would achieve it.  I read voraciously.  I practically memorized the work of writers I loved.  I recorded my life copiously and artfully in my journals.  I wrote stories in feverish, intermittent bursts, believing they’d miraculously form a novel without my having to suffer too much over it.

But I was wrong.  The second heart inside me beat ever stronger, but nothing miraculously became a book. As my 30th birthday approached, I realized that if I truly wanted to write the story I had to tell, I would have to gather everything within me to make it happen.  I would have to sit and think of only one thing longer and harder than I thought possible.  I would have to suffer.  By which I mean work.

At the time, I believed that I’d wasted my twenties by not having come out of them with a finished book and I bitterly lambasted myself for that.  I thought a lot of the same things about myself that you do, Elissa Bassist. That I was lazy and lame.  That even though I had the story in me, I didn’t have it in me to see it to fruition, to actually get it out of my body and onto the page, to write, as you say, with “intelligence and heart and lengthiness.”  But I’d finally reached a point where the prospect of not writing a book was more awful than the one of writing a book that sucked.  And so at last, I got to serious work on the book.

When I was done writing it, I understood that things happened just as they were meant to.  That I couldn’t have written my book before I did.  I simply wasn’t capable of doing so, either as a writer or a person.  To get to the point I had to get to write my first book, I had to do everything I did in my twenties.  I had to write a lot of sentences that never turned into anything and stories that never miraculously formed a novel. I had to read voraciously and compose exhaustive entries in my journals.  I had to waste time and grieve my mother and come to terms with my childhood and have stupid and sweet and scandalous sexual relationships and grow up.  In short, I had to gain the self-knowledge that Flannery O’Connor mentions in that quote I wrote on my chalkboard.  And once I got there I had to make a hard stop at self-knowledge’s first product: humility.”

How many artists and writers hold dear arrogant, egotistical, downright grandiose dreams for themselves?  By the time I’m 30, I should have written the great American novel.  When we fail to meet our lovely-if overblown-expectations, we ruthlessly berate ourselves: “30 and still no publications to your credit?  Ha, you’ll never be a writer…”  “Look at (insert successful director/singer/novelist here).  He’s already directed an Academy Award-winning musical/sung at the Superbowl/won the Pulitzer Prize.  There’s no way I can make it now…”  Age is often the bitter yardstick by which we measure our unrealized expectations.

But who says we have to have it all figured out by a certain age?  who says we have to shimmer as awe-inspiring beacons of success before the big 3-0 descends?  who says our late 20s/early 30s is too late to “make” it?  Sure, there are certain artistic professions-acting, modeling-whose opportunities diminish in direct proportion to your number of birthdays but writing isn’t one of them.  Nor is painting, directing, filmmaking. Laura Ingalls Wilder didn’t publish her first book until she was 64.  Raymond Chandler didn’t publish The Big Sleep until he was 51.  Literary history abounds with stories of late bloomers.

So why do we always insist on comparing ourselves to the proteges, the precocious child geniuses, the gorgeous 26-year-old literary darlings with impossibly cute hair and 12 publications to their credit?  We treat masochism as a dear friend: we invite her in for coffee, have her over for gossip and drinks, let her convince us to stalk the Facebook profiles of our accomplished friends who are doing “so much better than us.”  Why?

Human beings are many things but we’re not irrational: there’s always a reason behind the things we do.  Usually when we’re cruel and critical of ourselves, we’re getting some sort of pay off.  Say, for example, our go to sob story is we’re too old to pursue a master’s degree.  At first, it may seem like we couldn’t possibly reap benefits from this sort of self-destructive self-talk; however, when we convince ourselves we’re “too old,” we remove accountability for our behavior (after all, if it’s “too late,” there’s nothing we can possibly do).  Instead of boldly go in the direction of our dreams-study for the GRE, research programs, collect letters of rec- we hide cowardly, shivering and shaking, in a safe haven of excuses.  If we’re “too old,” we don’t have to try, we don’t have to take a terrifying risk and potentially face failure.

One thought on “On Disappointment, Discouragement & Age”